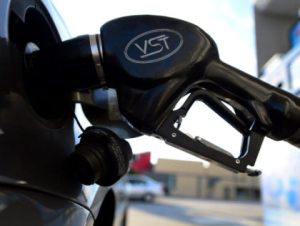 The Sacramento Bee reported that the state Board of Equalization on Thursday voted 3-2 to increase at the end of its three day meeting in Culver City.

This Is How We Resist *Video*

It should be clear by now that the Federal government, through various agencies like the Departments of Justice and Homeland Security, is rapidly moving towards a legal model that aims to strip fundamental rights traditionally protected by the Constitution of the United States.

The Second Amendment is and has been under fire for quite some time, but what many Americans fail to realize is that the attack on our right to bear arms is only part of a much broader plan, one that aims to quietly kill any semblance of liberty we have left.

The Fourth Amendment, which protects an individual’s right to be secure in their own person and home is as important as the right to speak freely and defend one’s self, yet it is being eroded without respite.

At some point in the last couple of decades there was a shift in how the justice system deals with average citizens. No longer is there a presumption of innocence on the part of police or prosecutors. In the eyes of the government, we’re all guilty of something, a position that has left countless Americans imprisoned or dead for no other reason than the arresting officer or government attorney wanting to stroke their ego or increase their conviction rate.

When the government is allowed into our homes, our cars, our phone conversations or our pockets without cause, we are no longer the America of our forefathers. Rather, we begin to reflect the principles of tyrants like Josef Stalin, Adolf Hitler or Mao Zedong who deliberately ravaged their countrymen and left their nations devoid of common sense, humanity and the rule of natural law.

Many of us are struggling to find a way to resist the overt tyranny being imposed across our once free nation.

There’s a way, but we must fight this battle on our streets, one individual at a time.

When they come to question us, or come to search our personal effects, or ask us to voluntarily detain ourselves, it’s time we push back and exercise the rights our founders fought so hard to protect.

This is how we resist.

The motto of our modern police state is, “if you’re not doing anything wrong, you have nothing to fear.”

We must respond by staying true to the fourth amendment: “If I’m not doing anything wrong, and you have no probable cause, evidence or warrant, then I respectfully demand that you let me go about my business.”

When you resist you will undoubtedly be met with counter-resistance, perhaps even threatened with arrest or worse.

Oftentimes, prosecutors and judges will side with law enforcement officers in the “typical your word against their’s” scenario.

But with modern day technology, you can turn the tables, and never have to face unjust questioning, detainment, or arrest again.

Here are some tips for joining the resistance using technology you have at your fingertips:

Thirty thousand drones soon to be patrolling our skies with high definition recording capabilities. Cameras on every street corner and in every police car. Audio recording devices on buses and trains. NSA monitoring stations and DHS fusion centers aggregating and flagging all of it.

“This article was first published at reThinkSurvival.com.”

LDS Prepper shows us how he made his own greenhouse fabric. It has some interesting benefits from shading the plants from too much sun to even allowing a bit of rain inside. It’s a neat idea to consider.

[Note: This video was not made by the editor of RTS.]

“This article was first published at reThinkSurvival.com.”

HealthyPrepper explains some of the wording you might see when couponing. If you’re interested in couponing then it’s good to know the lingo.

[Note: This video was not made by the editor of RTS.]

The 4.8 inches of snow for the day at O’Hare broke the previous record snowfall for Feb. 26 in Chicago, a record set in 1935.

From the start of the snow event late Tuesday morning through daybreak Wednesday, a total of 5.4 inches were measured at Chicago O’Hare International Airport. This snowfall total makes the event the largest snowfall of the season for Chicago thus far, making up 28% of the 2012-2013 winter snowfall total.

The current February total stands at 15.5 inches of snow as of 6 am Wednesday, making this February tied for the 18th snowiest February on record in Chicago.

Fresh snow covers Anish Kapoor’s sculpture “Cloud Gate” and gives it the appearance of a cracked egg as a lone pedestrian walks around the stainless steel attraction in Chicago’s Millennium Park, as a winter storm of rain and snow begins Tuesday, Feb. 26, 2013. (AP Photo/Charles Rex Arbogast)